Stories That Shape You

Considered as the first base of Islamic studies for your young ones and for all, Quranicles is a program aimed at developing their character and mindset through inspiring stories from Islamic literature. Subscribe once for the whole family to enjoy! One price for the whole household to enjoy on one screen!

90 minutes-storytelling session, once a week for 8 seasons, via Zoom.

Recommended for ages 6-13, but suitable for all ages! 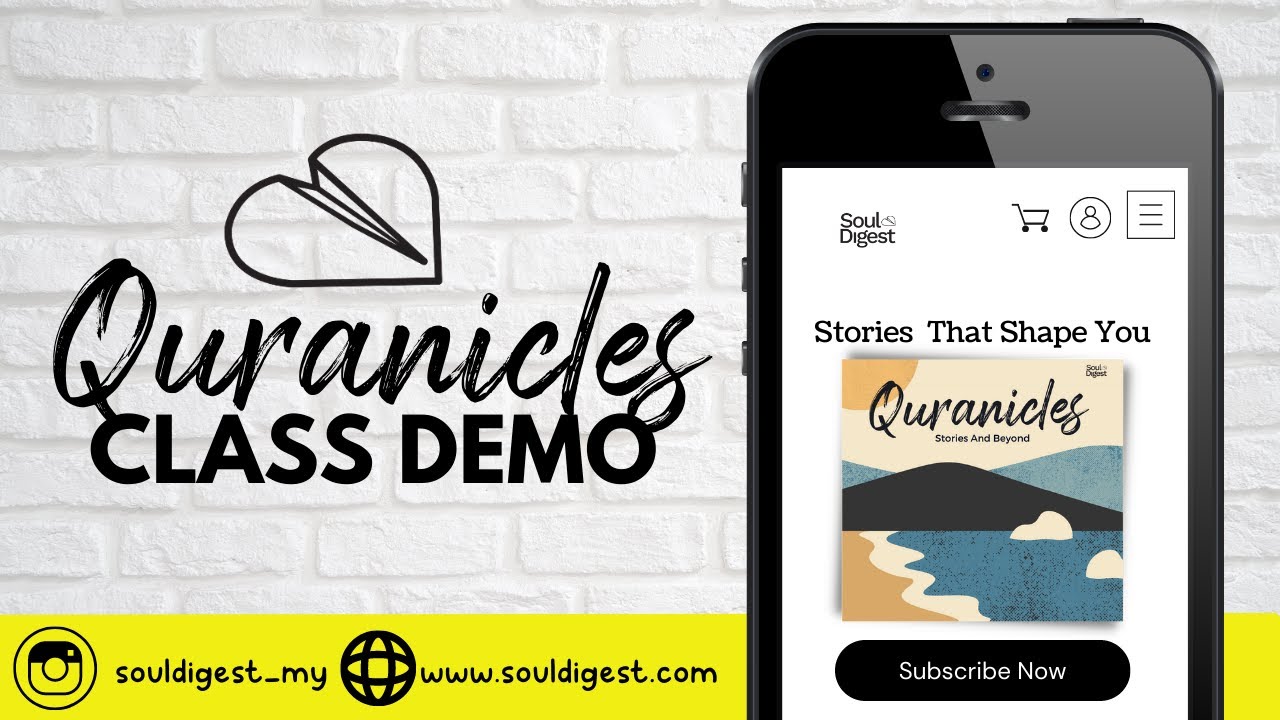 This season will cover the companions of the Prophet from five different backgrounds: The Early Muslims, The Muhajirin, The Ansar, Ex-Slaves and Scholars! And what is better than kicking off with the story of the Prophet ‘s unrivalled best friend, Abu Bakr As-Siddiq!

Talhah Bin Ubaidillah, Saad Bin Abi Waqqas, Zubair Bin Al-‘Awwam, Abu Ubaidah Bin Al-Jarrah shared four things in common: They were the earliest Muslims, they were introduced to Islam by Abu Bakr, they were guaranteed paradise, and they were the guardian warriors of the Prophet on Uhud!

The Lions of Allah

The uncle & nephew duo, Hamzah Bin Abdul Muttalib & Ali Bin Abu Talib taught us that age is just a number when it comes to standing up for the truth. Wise in character and fierce in the battlefield, their names sent shivers down the spines of bullies!

This is a story of another two companions who were guaranteed heaven: Said Bin Zaid & Umar Bin Al-Khattab. Here is how they were also connected: Said Bin Zaid is Umar’s brother in-law! Now let’s listen to how Islam connected them together yet again!

Wealth & Jannah are a rare combo in a person, but that did not stop Uthman Bin Affan or Abdul Rahman Bin ‘Auf from getting both. The multi-millionaires of their times, they built & rebuilt their wealth, while at the same time contributing super generously to the Muslims!

When Islam came to Makkah, it affected all Muslims from every class of society, but the slaves were the ones who felt it the most. These are the heroic stories of Zayd Bin Haritsah, Bilal Bin Rabah, Suhayb Ar-Ruumi & Khabbab Bin Al-Arat, among others!

From Enemies to Supporters

When the Prophet s.a.w looked beyond Makkah for a new place to call home, two sworn enemies came to offer him their support: The Tribes of Aws & Khazraj. Led by Saad Bin ‘Ubadah And Saad Bin Muadz respectively, let’s learn and they have a special place in the Prophet’s heart!

After moving into Madinah, some of the Meccan companions live below the poverty line and were struggling to make ends meet. The Prophet came up with a training program which began from a shaded corner of his Mosque. Let’s meet these budding scholars & teachers!

Subscribe to All Episodes for the whole season package – if you’ve missed out any episodes, you can still subscribe to future individual episodes by selecting them!

Beginning with storytelling, we start with engaging slides to assist the students imagine the Islamic historical legacy we have along with important takeaways. We have divided into different seasons and series to encourage scaffolded learning and proper pacing.

The Prophet Series The Sahabah Series

Our family session programs are once a week and include 8 episodes in total. For class timings, check out our calendar for more information.

Who is allowed to join the class?

As it’s a family affair, upon purchasing a family pass, all members of the household are welcome to join our classes. We have set recommended age groups for our programs but as we understand that each child is different, do assess your child’s capability to understand. You can always purchase a single episode first as a trial!