Bringing your family through a detailed account of history’s greatest example, Muhammad ﷺ,  join us as we bring his qualities and journey to life. Subscribe once for the whole family to enjoy. One price for the whole household to enjoy in one screen!

Through our Open-Loop model, join in at any point of our 8 seasons with ease via Zoom​

Open to Tweens to Youth

Recommended for ages 12-35 but open for all to join and learn! 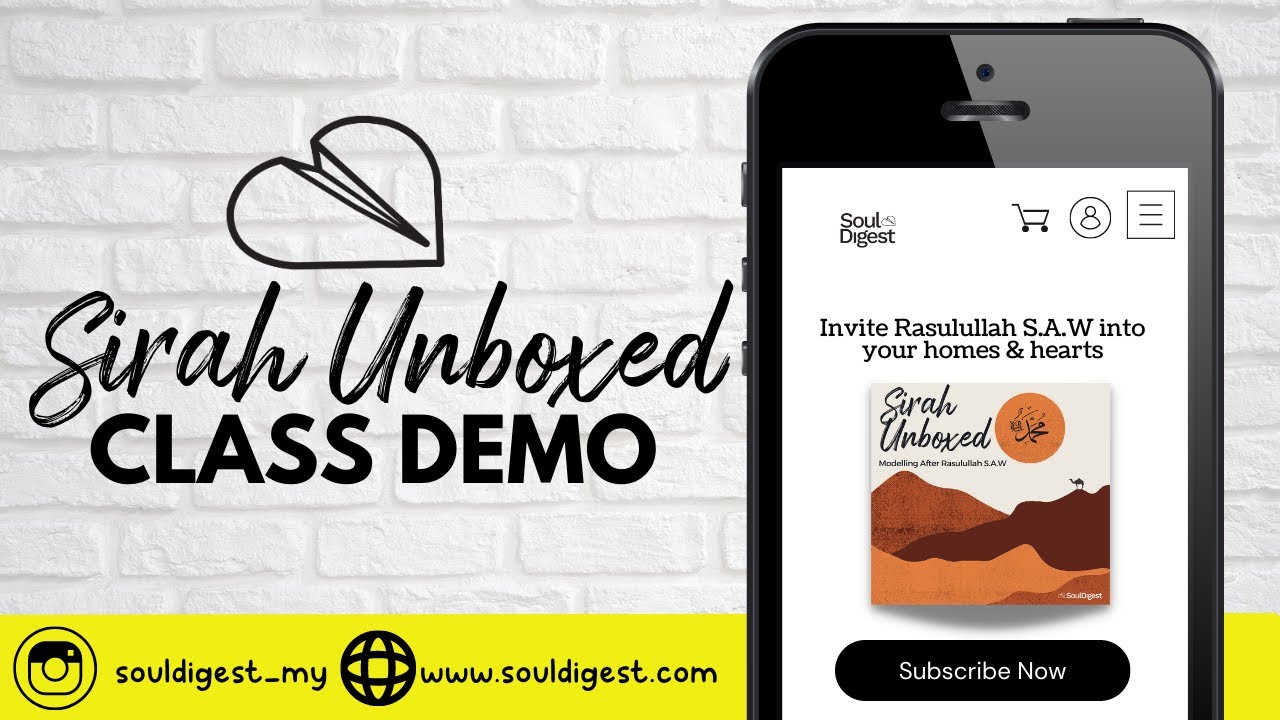 Season 5: Against All Odds
Middle Madinah

The Battle of Uhud

After the unexpected defeat at Badr, the Quraysh begin planning their comeback. The Muslims meanwhile had to deal with an internal affair. When news of a larger enemy army prompted a war council, the Prophet s.a.w uncovered another enemy within.

Despite an initial betrayal, the Muslims still had the tactical & spiritual advantage, gaining an easy win in the first part. But when the latter was compromised, they were forced to retreat into the caverns of Uhud. Meanwhile, the Quraysh army did the unthinkable.

The First Loss, Or Was It?

In the aftermath of Uhud, let us analyse details of the battle, and draw conclusions as well as profound lessons and follow-ups from this event, through the lens of Surah Ali Imran. Behold takeaways on mercy, forbearance & redemption!

The Massacres of The Muslims

The setback at Uhud emboldened certain quarters around Madinah. Meanwhile the Prophet’s empowerment program is working well, only to suffer another setback when the budding scholars were massacred at two different locations.

The Siege of Bani Nadir

When the Jews of Madinah begin acting hostile towards the Muslims, it led to the expulsion of one tribe. Out of bitterness, another Jewish tribe attempted to assassinate the Prophet s.a.w. How will Allah unveil their plans, and what is going to happen to them?

The Battle of Khandaq

After overcoming multiple challenges consecutively, the Muslims were finally catching up to winter preparations. But when multiple enemy armies seemingly unite for a full-frontal assault on Madinah, they really have to think out of the box to survive men and nature.

When the 10,000 confederates assembled on the Southern gates, a surprise kept them at bay, and a stalemate ensued. Grateful for the respite, the Muslims were alarmed when another traitor within was detected. How long can the Muslims keep stalling the enemy at and within their gates?

The Siege of Bani Qurayzah

The Prophet saw barely reached home after the war when Jibril came requesting him to ride and deal with Bani Qurayzah right away. An instruction from the Prophet saw to the Muslims put them in a dilemma. The Jews tried to negotiate with the Prophet through a well-known Sahabi.

Subscribe to All Episodes for the whole season package – if you’ve missed out any episodes, you can still subscribe to future individual episodes by selecting them!

We divided the sirah into different sections as seasons to encourage scaffolded and in depth learning and to allow for proper pacing. The program aims to develop strength in the character of our teens & youth, through a detailed account of history’s greatest example, Muhammad ﷺ as a man & prophet. Clearly an antidote to the void and issues in our lives today!

Our family session programs are once a week and include 8 episodes in total. For class timings, check out our calendar for more information.

Who is allowed to join the class?

As it’s a family affair, upon purchasing a family pass, all members of the household are welcome to join our classes. We have set recommended age groups for our programs but as we understand that each child is different, do assess your child’s capability to understand. You can always purchase a single episode first as a trial!

Enjoy 10% off for your first-time subscription
Save up to RM29, today & tomorrow only

Kindly enter your name & email
to reveal the Promo Code
*This promotion only appears once,
do take note of the code!