Shape A Proper Understanding Towards Faith Each student joins through an individual screen, and receives their own grading & report

Through our Open-Loop model, join in at any point of our 8 seasons with ease via Zoom

Recommended for ages 13 to 17, but we're open to above that too! 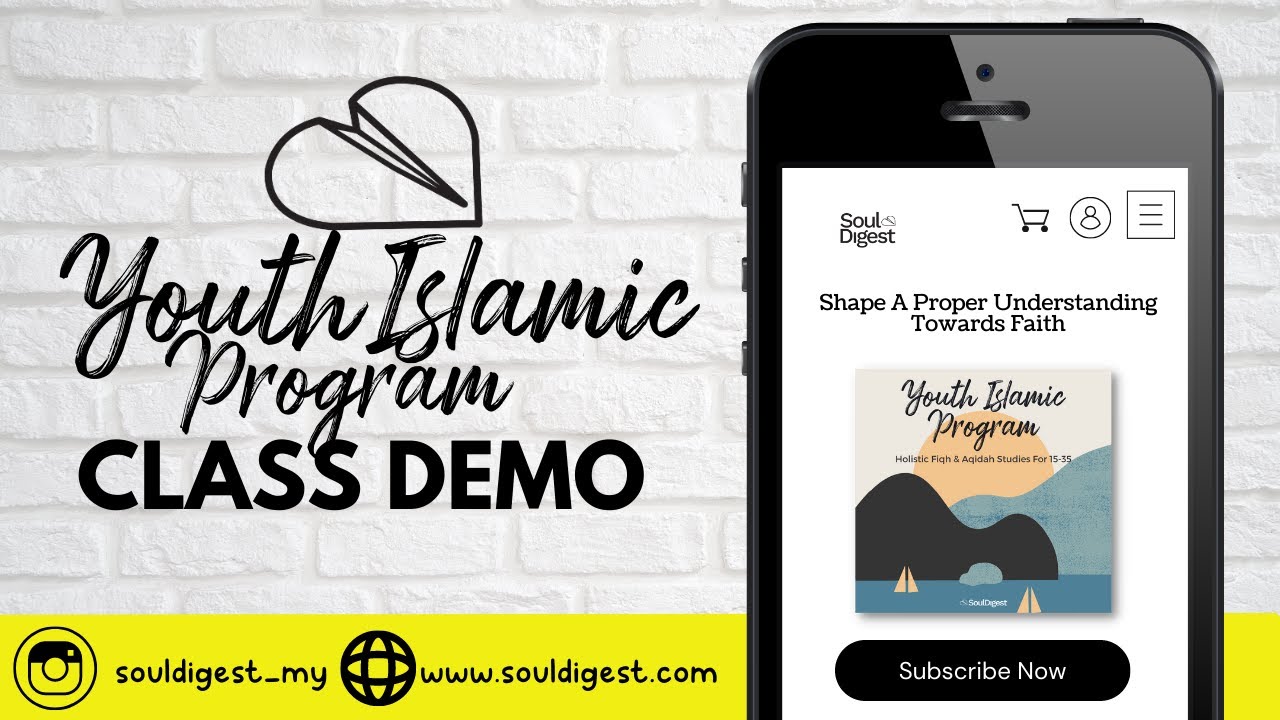 Season 6:
Chronicles of The Afterlife

Peas In A Pod: Quran & Hadith

As Muslims, we firmly believe in the Quran & Hadith as our guide and authority. But what happens when someone tries to cast shade on the legitimacy of Hadith, and claim that the Quran is enough?

“Which Mazhab do we follow?” is supposed to be a follow-up question, not the leading query. First we have to understand how school of thoughts work, and how it is a mercy from Allah on us!

Allah s.w.t described us being the middle ummah as our best quality: shifting too much to the right or left will throw you off balance and create either warped or narrowed mindsets & practices. So how do we stay in the middle? I think you know how, but let’s learn how to articulate it.

The Line in The Sand: Islam & Pluralism

“Religion is the root of all evil” & “No religion holds one truth” are just some cliches that the Quran has addressed again & again. Can there be more than one truth? Of course not, but we are going to discuss it anyways.

Here is a fact: Shiah started as a political group before it spiralled into what it is today. This episode will clarify the beginnings, differences and future hopes on whether we can ever reconcile.

If you think that Islam oppresses women, we’ll have to ask if you come to that conclusion because of what you see today, or what you see in the Prophet’s time. If it’s the former, then let’s pay Sirah a visit.

Allah s.w.t has created everything in pairs: It is his signature in nature. Everyone knows that. But how do we explain this without getting interrupted by voices of “freedom” every 3 seconds? Perhaps we should begin by looking at the story of Nabi Lut. But not in the way you think we are going to read it.

The first part will be a quick crash course on how to prove God exists, because we have a bigger question to answer afterwards: Are we really descendants of apes? We are going bananas if that is true! Also, are dinosaur fossils proof from archaeology or conspiracy? What a way to end!

Subscribe to All 8 Episodes for the whole season package – if you’ve missed out any episodes, you can still subscribe to future individual episodes by selecting them!

Designed by youth for youth, the seasons are structured to provide Millennials & Gen Zs with a holistic and pragmatic view of our faith & practices. Our programs follow an Open Loop model – kickstart from any season confidently!

Our Islamic Studies programs are once a week and include 8 episodes in total. For class timings, check out our calendar for more information.

Who is allowed to join the class and how many per screen?

As it is an Islamic Studies class, to maintain focus and enough time for in-depth discussions, we maintain only one student per screen. We have set recommended age groups for our programs but as we understand that each child is different, do assess your child’s capability to understand. You can always purchase a single episode first as a trial!

Subscribing for JIP or YIP for more than one?

Simply add the code upon checkout. See you in class!